If You can't get rid of people like this, 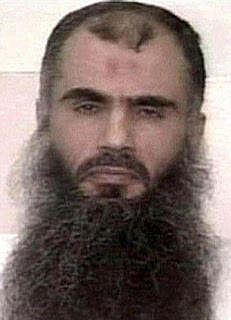 What is the point of You? I mean seriously what kind of crippled, spineless, useless, overpaid, joke of a government can't even ship these undesirables out of the country?
Posted by King Athelstan at 22:44 No comments:

Labels: The dearth of Britsh politics

Introducing the official mascot of tis blog, Chuka. Chuka represents to me the ludicrous, vacuous nature of modern politics, He stands for absolutely nothing at all. A man who just needed a party to drape its colours around him, safe seat, job done, now Chuka is free to go on the BBC on a regular basis, and spout a lot of meaningless drivel which passes over everyones head, they have called him the British Obama, sounds about right.

Chuka Umunna is ihe MP for Streatham and is Shadow Business secretary.
Posted by King Athelstan at 22:56 No comments:

Where do You even start with all this?

It wasn't always this bad, I can remember a time not so long ago when things were simpler, more frugal perhaps but happier. Its funny that if You leave things unchecked, if you just let people do things they want to, without question I suppose this resultant shambles is what you get, it was a nice place to live once, friendly, happy, undamaged by the bad ideas that pollute the minds of the social engineering country-wreckers, who know better than us of course, how we should live, breathe, eat, sleep, defecate, think and breathe. Well the reckonings coming I feel so we'll see who survives.
Posted by King Athelstan at 22:27 No comments:

Labels: Politicretinism, This is what you get.

Well done Gordon, You've found the Midlands, only took You thirteen years. No doubt you'll forget where it is again if You're still PM next week.
Posted by King Athelstan at 23:58 No comments:

What? Am I missing something?

In a microcosm of the state of England today, a young girl broke down in tears as she described how hard it is to make ends meet. Quick as a flash He's on his feet and ranting like a loon about organising a march, a march! to demand a living wage. Gordon you hopeless arsewipe You are the prime minister, You! It was up to You to sort this out. You failed, as always, because You are useless. What next? will You deliver yourself a petition? Gordon just go and fuck off back to wherever You came from.
Posted by King Athelstan at 23:30 No comments:

An arm farting contest would be more informative.

Don't think I'll be bothering with the leaders debate later on, nothing of interest lies therein. Mind , don't doubt that the cycloptic cretin will lie like a cheap chinese watch and as usual nobody will call him on it.
Posted by King Athelstan at 00:54 No comments: 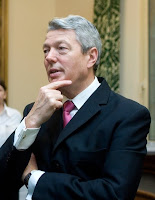 I've always considered Postman Plod to be overrated even by the standards of this lame and enfeebled government, He never has much of any use to say unless it is on his favourite topic, the tories. He was chiefly responsible for the "sainted" NHS policy of " Die in agony with no help if You dare to mortgage Your house/ spend all your life savings on treatments We won't provide for You." As for his treatment of the hapless Gary McKinnon, this is predictable and continues the Juntas tradition of victimising the most vulnerable. ( See Blind Pew/ Maxine Carr.) All of this trademark unpleasantness delivered with His usual brand of grinning boyish south eastern charm.
Nobody else seems to have mentioned this but yesterday mornings execrable performance on " The Politics Show" made the supreme leader look almost efficient. From the off He was armed and dangerous, ready to fill us in on the tories, their cuts, the tories, they are nasty, the tories, will ruin the "recovery". If You didn't know about the tories by now, well you soon would! ( By the way "the tories" have been out of government since 1997 is what you didn't hear, and the tories are not responsible for the state of the economy.) All good until the impertinent interviewer asked a question. The resulting train wreck was something to see. I'll not break it down here but some strange stuff did come out in the rambling responses.
He said, honestly he did, remember what it was like in 1997! I do remember 1997, very well, and very fondly. An economy that was booming, best employment figures for years, house prices picking up, that 1997. It wasn't all good however, the country made a grave error in my view, but then who wanted the awful tories to carry on spoiling the party?
He said, really he did , there is noone better than Brown to lead the country. So in the labour party they can't beat a washed up, raving, serially dishonest, obfuscating, incredibly unpopular nutter. If He is the best I can't imagine the worst.
Finally asked if He would debate the BNP, he was back with the boyish offensive, puffed up and smug he declared, " I havent shared a platform with a fascist in 45 years." Nice one Al! Small point here, you lot have been alienating so many people over the last 12 years, many of them haven't given a thought as to the wider policies of the BNP and just see it this way. You hate them take their money and give it to people they hate. The BNP, they think, is on their side, and against those who have always let them down. The BNP have direct unchallenged access to them, no awkward questions asked. So I say this to You Al, empty chair the fascists by all means,but if You don't share a platform with a fascist now and ask the right questions, you could find yourself sharing a platform with a fascist soon enough. ( He'll be the one putting a rope around your neck.)*
* I'll not weep for Your swinging corpse.
Posted by King Athelstan at 11:55 2 comments:

Some of the places I like to go to.